LOOKING BACK ON A YEAR FILLED WITH GIFTS 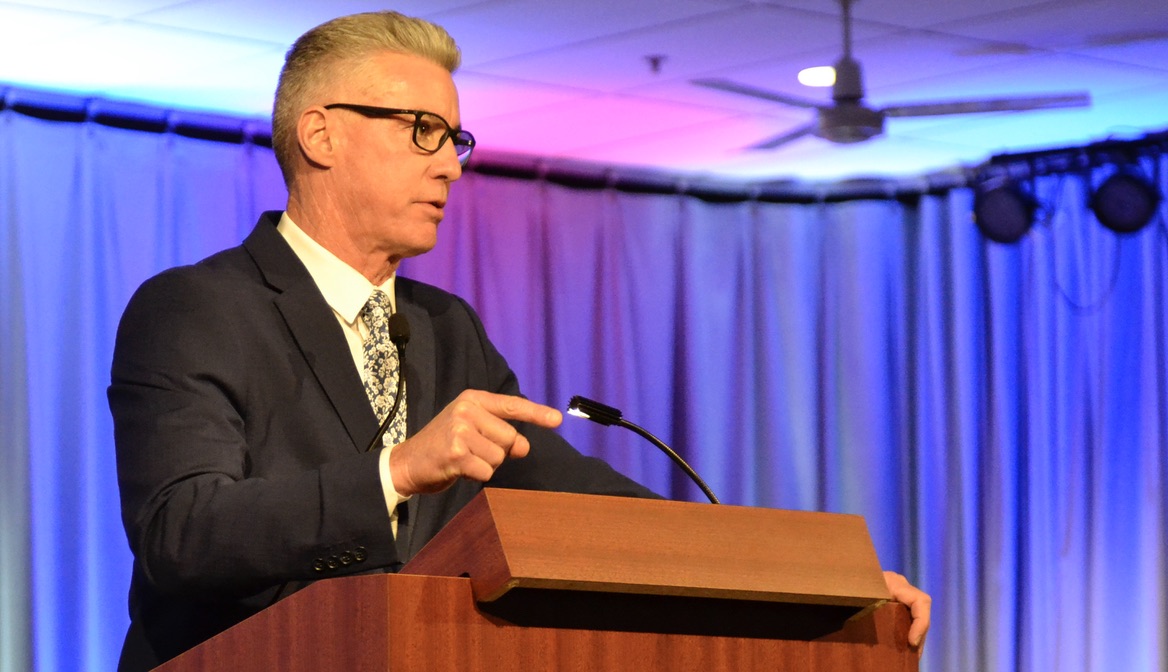 With the holiday season in full swing, I’ve been thinking back on 2022 and our monumental accomplishments this year. As a union, Local 150 has a lot of gifts sitting under the tree this year.

First and foremost, this year was a great year for work. Little else matters if members aren’t working, but from South Bend to Burlington, Iowa, our out-of-work lists were nearly empty for the entire work season. We had so much work that we had to bring 140 retirees back this year just to man equipment.

Work is coming from many places right now, and almost every source is backed by solid funding that isn’t threatened by recession.

In Illinois, the infrastructure work from the $45 billion capital plan started to really flourish this year, and that will only continue. Remember that because the capital plan is funded by an increase in Illinois’ fuel tax, there is no end date to the work. We fought hard to ensure that this capital bill would be both long-term and sustainable. We are finally beginning to fund infrastructure at a meaningful – if not full – level.

The same is true in Indiana, where we have a similar funding plan that has created additional INDOT work across the northern part of the state.

Both of these capital bills will be bolstered by big federal funding from the Bipartisan Infrastructure Law that came out of Washington. That will pump money not only into roads and bridges, but into airports, intermodal facilities, and waterways.

Indiana also faces opportunities with growth in the solar industry. While we have been successful in securing our work jurisdiction in several large solar farms, we are fighting hard against developers of the Mammoth Solar project, who are doing everything they can to build the world’s largest solar farm with an out-of-state workforce. If one developer does this, others will think they can as well, so we are committed to getting this project done right and showing everyone that Local 150 members are the best at this work.

In Illinois, the Tollway spent around $1.4 billion on its capital plan this year, and all of it was within our jurisdiction. Work on I-294 and the Elgin- O’Hare Western Access project are enormous undertakings that have created jobs for our members for the past few years, and will continue to do so.

Speaking of O’Hare, the U.S. Department of Transportation just gave the final go-ahead for the airport’s $12 billion terminal modernization, which will start in the spring and go through 2030. This is a major overhaul of O’Hare, with two new satellite concourses, a new global terminal, and the demolition of Terminal 2. The amount of ongoing work at O’Hare never ceases to amaze me. As Steve Cisco likes to joke, “they started building it in the 1940’s and one of these years, they’ll finish.”

We also have ongoing utility work on water and natural gas infrastructure across Northern Illinois as Nicor and Peoples Gas continue their capital plans.

Again, this is all work that doesn’t stop when developers get nervous about the economy, so the troubles we face with inflation and a slowing economy aren’t an existential threat to our work this time around. Unlike 15 years ago, a slowdown in housing or commercial construction won’t create a crisis for members.

I’ve said it many times this year – we are in a great place. We have years’ worth of work, and there has never been a better time to organize. As I said before, we have trouble filling seats in the height of the work season, so it presents an opportunity to bring in skilled operators from non-union companies and to sign up new signatory contractors.

We are expecting to bring in a big class of apprentices in order to be fully prepared for this level of work over the next several years. This is welcome news, especially after a couple of years dealing with pandemic-related interruptions to our training program.

This year, we have also been able to finally move back into normal operations as the shadow of the pandemic continues to recede into the rear-view mirror. It is a chapter that we are all eager to move past, and one whose divisions we are eager to heal.

This summer, Local 150 showed our solidarity as more than 300 members went on strike in the material production industry. Members employed by Lafarge Holcim, Lehigh Hanson and Vulcan Materials spent seven weeks on strike, and while they faced challenges from these companies throughout, the rest of our membership and the union construction industry had their backs and supported them until the strike was settled and a new contract was reached.

Every now and then, companies forget who we are, and decide to test our resolve. The material producers’ strike was an excellent example of that. I can’t tell you how many times I heard about how these are global companies and that one local union can’t beat them. I stopped listening to things like this as an organizer many years ago, because I know that we can outlast anyone when we are tested.

After seven weeks, our members walked away with great economic increases and every piece of language that we sought to fix, including healthcare language updates that were these members’ top priority. This win was seen across the country a show of strength for workers, and I couldn’t be more proud of the members who walked the picket lines, the members who stood in solidarity with them, and all the other trades who honored the strike.

Finally, in November, we picked up one more win for the year, and it was a big one. The voters of Illinois stood with workers and union members by passing the Workers’ Rights Amendment, which will outlaw “right-to-work” in Illinois and elevate workers’ rights to organize and bargain collectively to a constitutional right.

The Workers’ Rights Amendment was something Local 150 spent around three years working on, and in that time, we brought it from an idea that some people thought was too ambitious to a passed constitutional amendment. We knew that this could pass if everyone got behind it and pushed in the same direction. In the end, the amendment got more votes than statewide candidates of either party in every county in Illinois. Workers are bigger than politics, and certainly bigger than political parties, and Illinois voters made that crystal clear.

This was a win that will pay dividends for decades to come. When an anti-union politician gets elected in the future, the threat of “right-to-work” or limited subjects of bargaining will no longer hang over our heads. If a politician wants to take away workers’ ability to bargain over healthcare, or retirement, or safety, they will not be able to do that. This was a win for workers, and a big one, but it started right here at Local 150.

We’ve certainly received our share of gifts this year, and there is an awful lot to be thankful for. I hope that each and every one of you are able to enjoy some quiet time at home with the people you care about over the holidays. Eat, drink, be merry, and rest up for another big year in 2023.

All my best for a safe, healthy and happy holiday season.