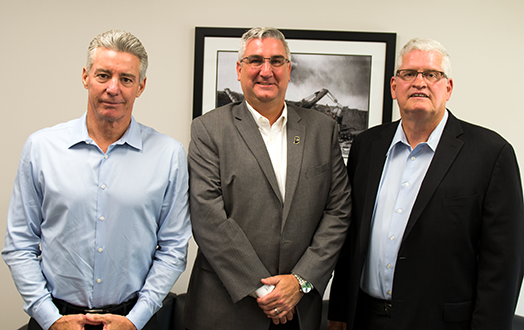 Governor Eric Holcomb has announced $1 billion in new infrastructure funding in Indiana over the next three years, including two large rail projects in Northwest Indiana.

The Northern Indiana Transportation District and the Northwest Indiana Regional Development Authority are partnering on these two major upcoming construction projects, which have been supported for several years by Local 150.

The first is the West Lake project, which will create a commuter South Shore Rail service from Hammond to Dyer. The second is the South Shore double tracking project which will add a second line along a parallel track from Gary to Michigan City. Local 150 has long recognized the need for this expansion, and we are sure that Northwest Indiana residents will be eager to see how this project comes along, as this is the South Shore Rail Line’s first major upgrade in nearly 100 years.

These new projects are in addition to all of the ongoing road projects in Northwest Indiana that resulted from the $1.2 billion Next Level Roads plan strongly supported by Local 150.

The construction and non-construction employment that both the West Lake and the South Shore Line projects will bring to the region are exactly the kind of economic development that Local 150 fights hard to create throughout our jurisdiction, and we are glad to see that public funds will be used to create a solid foundation for economic growth in Northwest Indiana.

Indiana is pursuing federal funding for both the West Lake and South Shore Rail Line projects. The Indiana Finance Authority plans to fund the additional infrastructure money by amending its agreement with the Indiana Toll Road Concession Company to increase toll rates for heavy trucks (Class III and above only) by 35 percent. Passenger vehicles will not be impacted by this rate increase.