Local 150 Victorious in NLRB Attack on Scabby the Rat 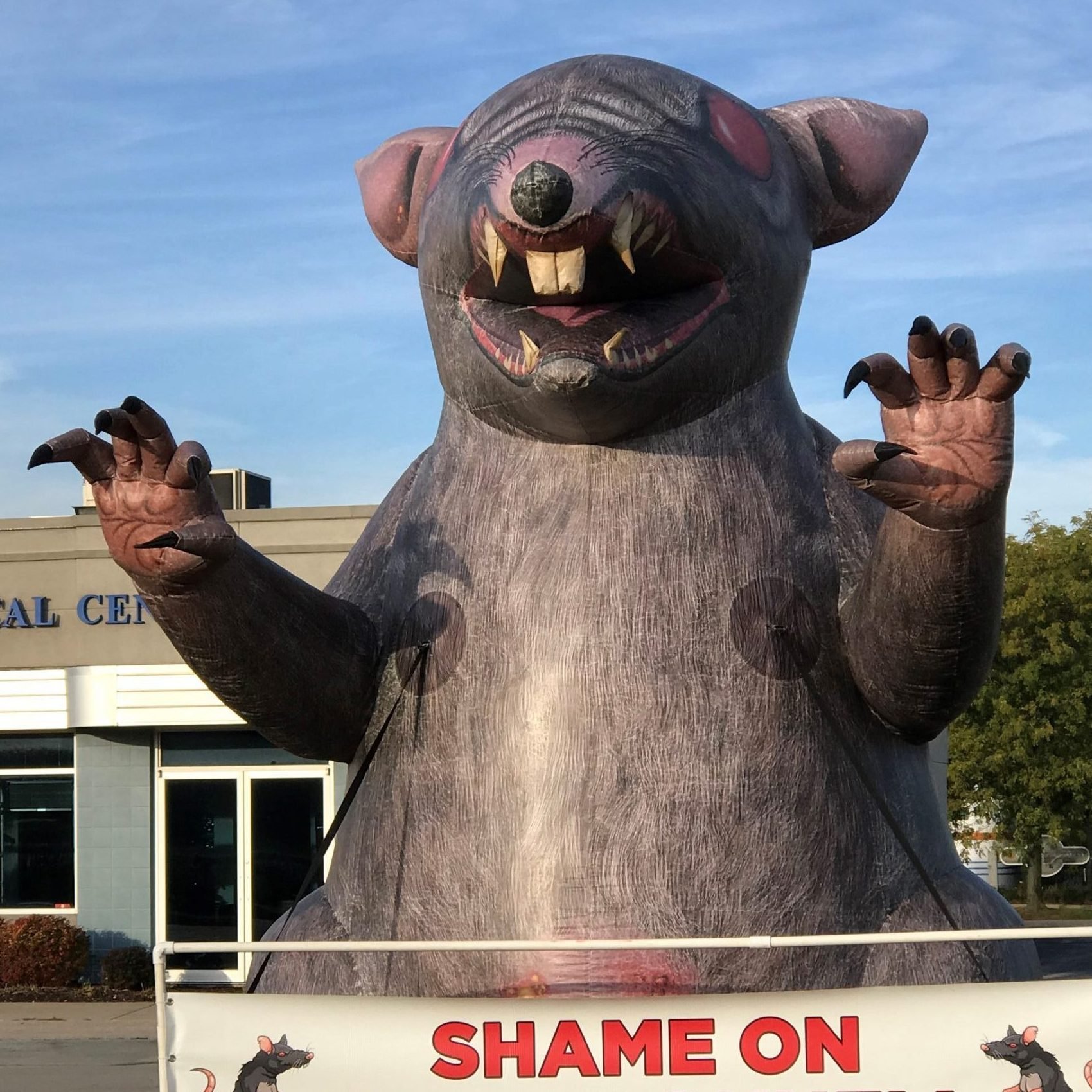 This week, an Administrative Law Judge (ALJ) with the National Labor Relations Board (NLRB) sided with Local 150 in our dispute with Lippert Components over the use of an inflatable rat and banners at an RV show in Elkhart in September 2018. The banners drew attention to Lippert’s use of MacAllister Equipment, with which Local 150 is engaged in a primary dispute. This image from 1989 shows the very first inflatable rat, which was named “Scabby” by Local 150 member Lou Mahieu.

Peter Robb, the NLRB General Counsel, has been cited as being strongly opposed to the use of Scabby the Rat in non-strike situations, and has attempted in this and several other cases across the nation to classify the use of Scabby as “coercive” and tantamount to picketing.

Of course, Local 150 pioneered the use of inflatable rats, created the Scabby name, and has also successfully defended Scabby in federal court. Scabby the Rat is a tool of free speech with full First Amendment rights, and the use of Scabby cannot be limited any more than any other free speech.

ALJ Kimberly Sorg-Graves agreed and dismissed the complaint against Local 150, finding that the use of rats and banners were not coercive, did not constitute a picket, were not a signal picket, and were fully protected by the First Amendment.

You can read the entire decision by clicking here.